Doin’ It for Themselves!! 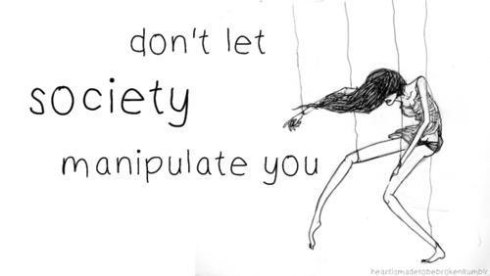 Throughout my reading “The Yellow Wall-Paper”, “Why I Wrote the Yellow Wall-Paper”, and a biography on Charlotte Perkins Gilman, I could not help but to notice the recurring theme of feminism and how women were treated during the time period. Published in 1892, “The Yellow Wall-Paper” is an example of the mistreatment of women in the last decade of the Gilded Age.  Women in the 1890’s were not at the top of the list of priorities. The social thought of the time was that women were homemakers (Teach Us History), meant to focus on the morality of their homes and families. They were not to strive for fulfillment in the outside world. Women were to be simple, virtuous creatures. These ideals were driven into female minds from a young age, instilled by parents, magazines, and novels. In marriage, women were to provide a “happy home” for their husbands (Loyno). Women were being driven mad by their confinement. 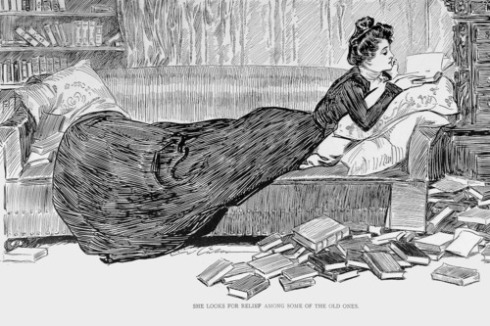 It all started with the clothes. A main element of feminine life was easing up. Clothing standards of the late 19th century were steadily relaxing. Corsets loosened, the heavy dresses evolved into the shirtwaist and skirt (designed to clear the ground when walking!), and activewear became prevalent. Women could now easily ride a bicycle, walk, and pursue a healthy lifestyle. Clothes were more practical, free of the bustle of the 1880’s (UVM). Feminism started literally in the home, on the backs of the women themselves.

In the meantime, men were focused on more important matters, such as science, war, and politics. From the Battle of Wounded Knee to the formation of General Electric to the collapse of the New York Stock Exchange (America’s Best History), men were less interested in the concerns of their women than with the seemingly bigger issues at hand. Women struggled for equality. In 1890, The National American Woman Suffrage Association (NAWSA) formed, seeking voting rights for women via state to state political battles (Infoplease).  The women’s rights movement faced another threat: competition. A new societal thought concerned with preservation of the ideal moral and traditional woman came into being: “Home Protection”. The supporters of this movement built strong relationships with local politicians (men, of course!) to reform women; this was meant to keep women in their orthodox domestic role (ANB).  Despite this, lectures, lawsuits, and feminist literature kept pouring into mainstream female society. Legal power was given to women via inheritance, wages, even the possibility of winning their children in a custody battle during divorce (Angelfire).  Finally in 1893, Colorado was the first state to allow women the right to vote (Infoplease). Feminism was conquering the confinement of society.

It was in reading Charlotte Gilman Perkin’s “The Yellow Wall-Paper” that I decided to delve into the feminism of the late nineteenth century. From images of barred windows to not being allowed to work, write or communicate with the outside world, it was plain to see that the 1890’s society was one that men controlled. Women rebelled, proving that the “weaker sex” was able to succeed after all.

Below is a video that exemplifies feminism of all times. It shows many images and video clips of bygone eras, that women can and will do it for themselves! One of my favourite songs, this is “Sisters Are Doin’ It For Themselves” by the Eurythmics featuring Aretha Franklin.